Festival season is about to be in full swing and we were more than happy to find out that both "Only God Forgives" and "Bad Men and The Devil" are Official Selections of the Tryon International Film Festival in Tryon, North Carolina this coming Oct. 5th 2018. If you're in the area, please stop in and check out or films! You'll be glad you did!

We will be hearing from several other festivals in August, September and October! We'll keep you updated as we receive more information. 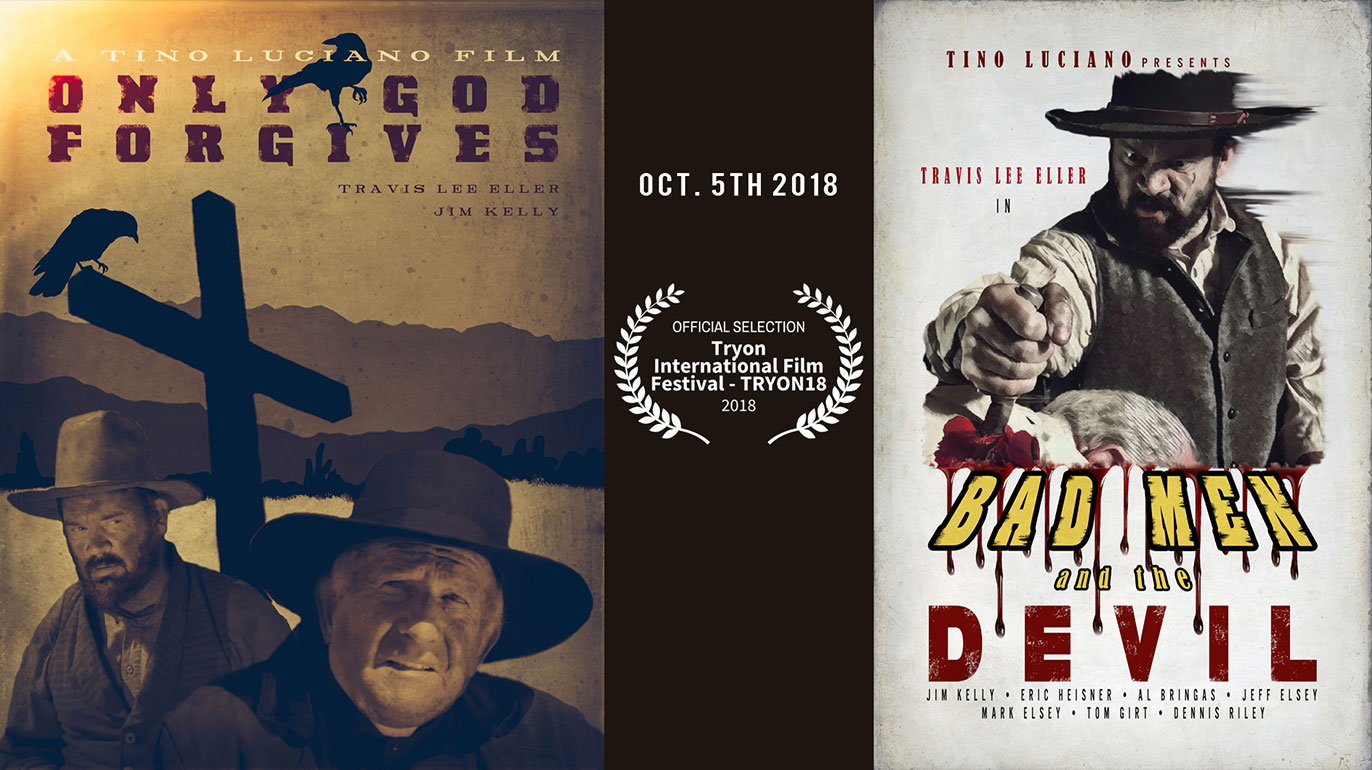 
As some of you may or may not be aware, Tino Luciano’s, Law Dog Productions has teamed up with Actor, Writer and Filmmaker Travis Lee Eller of Scratchheavy Productions, to showcase the films produced by the duo. Currently we have three award winning and nominated short films under our belts, two of which are still making their rounds in the 2018/2019 film festival circuit across the U.S. and Europe.

Law Dog Productions and Scratchheavy Productions first brought you The Killer, a Fight in July (2015). The second and third films, Bad Men and The Devil (2016) and Only God Forgives (2017) are currently being submitted to festivals everywhere. This news page will keep you updated on all the Reviews, Official Selections, Nominations and Awards received.

We are currently in negotiations with iTunes and Amazon for the release of our latest film, Only God Forgives! We want our followers and Western fans everywhere to have a chance to view our Award-Winning work. Please stay tuned for more information as we get it.

We receive a lot of emails and messages about "How" and "When" can our films be viewed? Our response is always the same, “The films have to make their rounds in the festivals first, since most of them won't accept a film if it has already been made available to the public”. We’re working on this, so bear with us! We will keep you updated because of course, we want everyone to watch!